The vegan fried chicken startup VFC Foods Ltd has raised £7.5m in a seed round led by Veg Capital, a specialist fund that donates all profits to animal charities.

The company, which launched just 13 months ago, had previously raised £3m in pre-seed funding, also via Veg Capital.

VFC co-founder Matthew Glover commented: “There has been huge interest from investors and we’re very grateful for that. By working with Veg Capital we’ve been able to focus purely on scaling the business as fast as possible to take advantage of the opportunity.”

While the missions of Veg Capital and VFC align perfectly, a determination to remove animals from the food system, a larger Series A round to bring in outside investment is being considered for mid-2023. 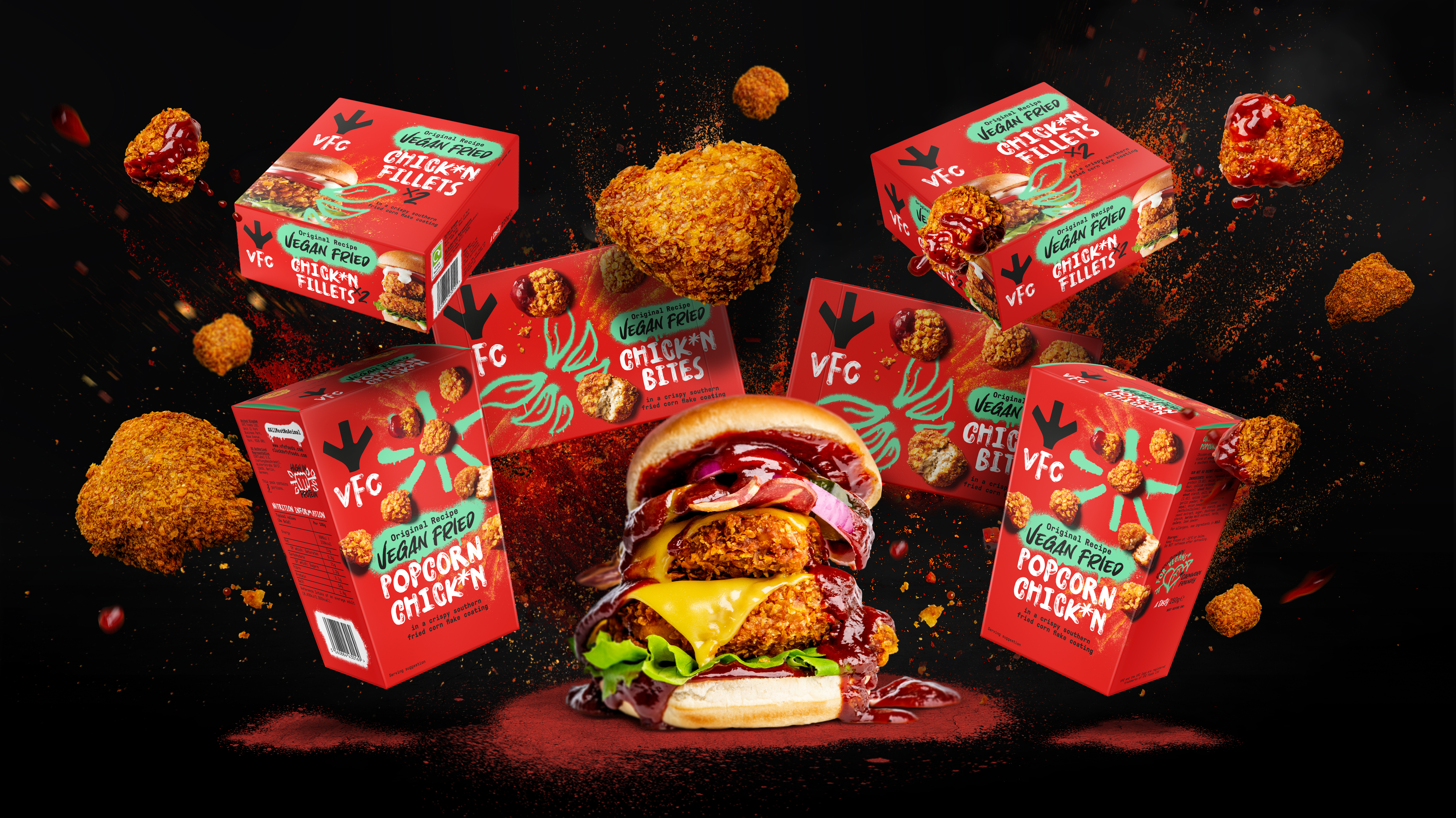 VFC’s commercial director, Stewart McGuckin said: “The reception from both customers and consumers has been incredible, and the successful Tesco launch has allowed us to secure listings in more of the UK’s top four grocers, as well as the largest food service wholesalers.

“Expansion within the UK has been phenomenal, and we are also seeing strong international demand, particularly from the US.”

This latest round of funding will support greater capacity, team building, marketing, R&D and scaling up of the business internationally. VFC is currently hiring a US general manager to fast-track growth in North America where major listings are already in the pipeline, as they are within the EU and other territories, too.

Cliff Johnson of Veg Capital noted: “The rapid expansion of VFC has been exciting to see, and Veg Capital is delighted to support this young company as it hits its stride. My wife and I have been so impressed that we’ve chosen to reinvest through our private fund Johnson Resolutions as well.”

Adam Lyons, VFC’s co-founder, chef, and COO, added: “Already, we’ve spared 60,000 birds but, as that is just the number of animals crammed inside two sheds, we have a long way to go. Still, we have an incredibly driven team, all 100 per cent committed to doing good in this world, and we are determined to play our part in ending the suffering of animals in factory farms.”