Bradford has been revealed as one of the UK’s strongest economies and a city in which independent businesses can thrive, according to new research.

An index to help entrepreneurs work out where to set up shop has been created using nine different business metrics to analyse the top UK cities for budding business owners. Named in the top 20 cities, the data shows that Bradford has an impressive 603 active businesses per 10,000 population.

“The partners of Sparkling Bradford are keen to support independent businesses during these difficult times and we’re urging businesses across the district to sign up to the Sparkling Bradford initiative, where they’ll receive support as well as a business toolkit to aid marketing activity.”

VR City, a small independent business based in Bradford and the biggest virtual reality venue in Yorkshire, has experienced “unprecedented growth” since opening during the pandemic. 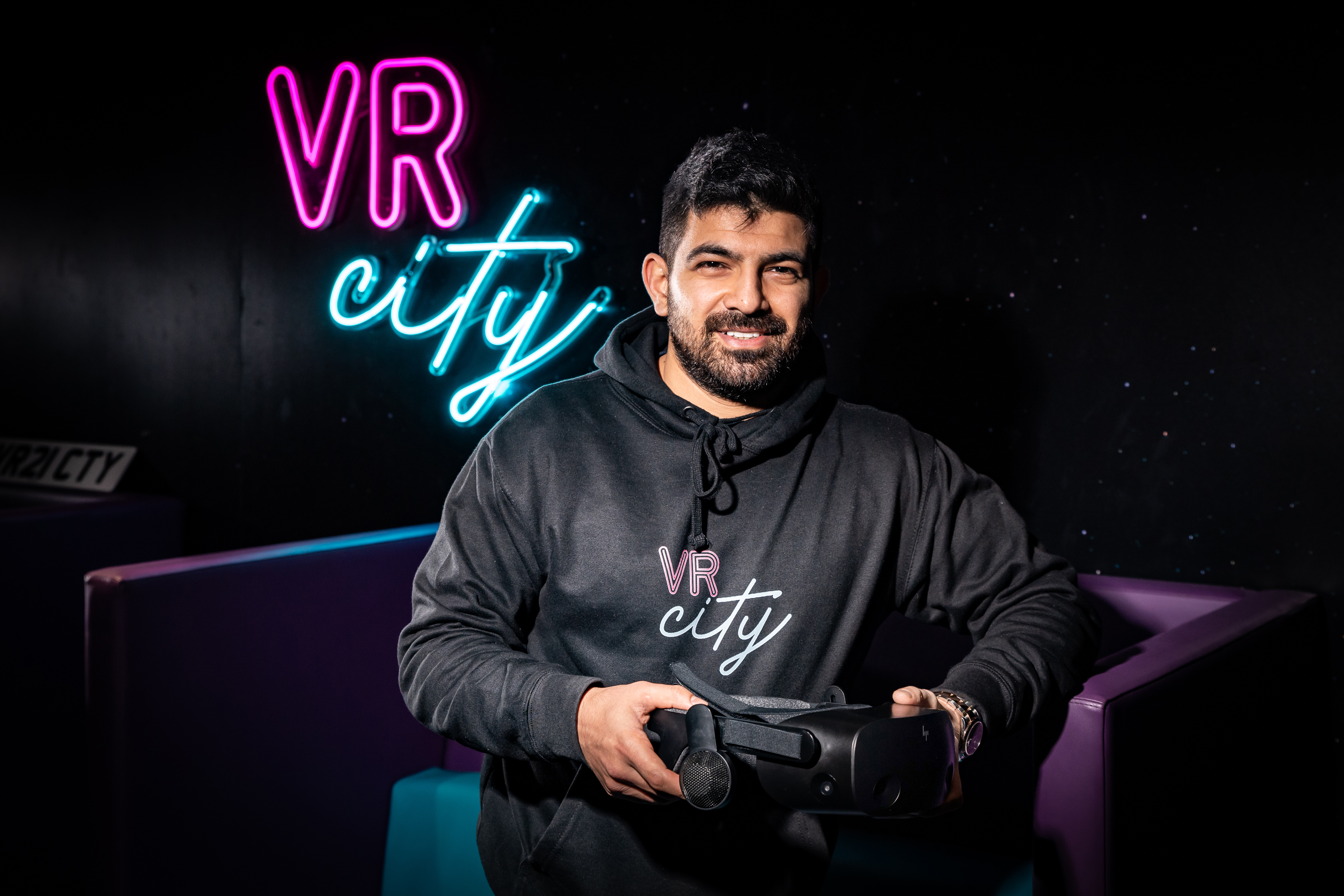 In October 2021 the “state of the art” attraction opened for business, offering visitors of all ages a catalogue of gaming technologies, including 5D racing simulations, shoot ’em ups, sci-fi adventures, and dance competitions.

Leanne Holmes continued: “It’s great to see that local tourism is flourishing in Bradford and supporting the growth of small businesses. Clearly, residents are looking to their doorsteps for entertainment and attractions this year, which is no surprise as the city is absolutely brimming with hidden gem attractions just waiting to be discovered.”

Footfall has continued to rise at VR City since opening last year and as a result, the business has plans to install further new technologies at its venue in Bradford.

Owner of VR City, Hasan Khan (pictured above) said: “We planned to open in March 2020 when lockdown first hit and unfortunately had to delay by almost two years. When we were finally able to open the level of support from local people was amazing and it has been so rewarding to see people of all ages, backgrounds, and personalities enjoying and immersing themselves in our gaming experiences.

“We were inspired to open VR City after visiting Japan a few years ago, when we recognised that the popularity of high tech arcades was growing - we felt Bradford was the perfect place for us to thrive as a virtual reality business.”